DV – Standing in front of the crossroads, so many young people wonder which way to choose down this narrow passage towards the future. How did you discover your passion? Did your love for cinema grow with your concern for eco-systems? Or did one of the aspects forerun the other? What can you suggest to a motivated young person who wants to get out of the confusion of inexperience?

MT – Since I was a kid I had had a special interest for eco-systems; I remember that newly licensed to drive, I began to explore valleys that I had never known before, walking and browsing around villages and down narrow paths; some years later I worked in a mountain cottage, a strong experience that moulded me. During my study of sociology at the University of Dresden I discovered to have a feel for observing and describing the reality by images. Then I approached the camera, illustrating daily life inside a small eco-village in the strongly rural region of Sachsen. Back to Italy, I applied to two ethnographic institutes of research and found the way to challenge myself by narrating the microcosmos of Sardinia and Trentino with a video camera. I was attracted by the Vittorio De Seta movies and by his way of working between documentary cinema and anthropology using a small crew. You have only one way: enjoy your passions and your aptitudes. Then, if you are able to focus on them, you can follow the direction they are taking you. And that you cannot predict.

DV – The agricultural world demands total commitment, that’s the main message that I notice in your film production. The people in the centre of your movies choose the countryside as a call for work, that is an identity element and a social act. Work is life for the farmer. Do you think that such strong and essential ethics could engage new generations to go back to the land and live within the limits of nature.

MT – Honestly I don’t know and the problem is quite complex. I always tried to avoid an idealized image of the farmers’ world. Listening to them and heard the contradictions from their stories in their life styles and within the community where they live. The difficulties give more value to some controversial choices in a world that seems to go the other direction. The most difficult thing is to avoid the rhetoric and not to manipulate the spectator. The total participation to the agricultural world, the one that you are speaking about, often hides the suffering involved from these choices, including both the light and the shadow aspects. One needs an aptitude for this kind of life. It is not for everybody. Then you cannot forget that the emancipation from physical hardships, and from the challenging geographical, social and cultural constraints were also conquests. In any case I believe that the essential nature that you are speaking about, which is inside some gestures, inside some products, inside some landescapes, actually is a rare virtue and when it’s narrated remains positively impressed in young minds, significantly shaping their sights on the World, even if they will never be farmers or shepherds. A certain kind of cinema can be useful also in this sense.

DV – In my opinion, the meeting between the direct drive and the archival materials is the point where your film making has its most effective results. This kind of artwork needs very heavy research that moves in the philological area and directly in the field. Can you tell about your methods? How does your approach and study apply to the reality?

MT – In some of my works the presence of sequences taken from old films comes from my fascination with short-movies shot in the same places where I was going to shoot as well. I was recommended to watch one that I had not seen before. The peculiarity could be that I use inside the editing images picked from a single film. I find the dialogue between new and past images effective, because sometimes they can communicate continuity, sometimes they underline a breaking point or a short circuit, which could generate unexpected and surprising sensations for the spectators. In “Piccola terra” the celluloid sequences which show a couple of old farmers (“Fazzoletti di terra” by Giuseppe Taffarel, 1963) compelled to do hard work. I pulled these images with the others of a man originally from Morocco, who does the same work but with a different attitude. In “Contadini di montagna” the images of atomizers spraying noxious chemical liquids on the vineyards (“Uva sulla montagna” by Giuseppe Šebesta, 1966) underlined by the enthusiastic voice over, are pulled with the debate between two generations of farmers arguing about the opportunities of organic farming. In “Alta scuola” the black and white images of a pupil punished by the severe teacher (“Legna viva” by Giuseppe Šebesta, 1963) are pulled with the coloured ones of children and teachers together for a softer and more cheerful school experience. Even the comparison of two different matters of working on the documentary films could cause a useful dismay among the viewers. Then I try to listen as much as possible to the people that I filmed, also for a long time, without influencing them with too many questions or by excessive hurry. And that’s possible only when there’s sync in the collaboration.

DV – In your films you create an environment that is both human and natural at the same time. It seems that your choices narrating the emotional experiences of the geographical changes, are inside a more diffused analytical study and larger vision. Is the Dolomiti alpine area for you an experimental zone – a microcosm where you will gather human stories with universal relevance?

MT – We are immersed and sorrounded by an environment, which is human and natural at the same time. Mankind tends to fill its spaces with objects, material infrastructures or just by human presence. I don’t only refer to the urban environment, where that is very evident, but also to a certain kind of farming and a certain kind of tourism, which enlarges and occupies more and more space. Until now I have always told stories in which people try to balance their lives with their sorroundings, with the animal and plant kingdoms, often discussing their choices. The Alpine area is one where I feel myself at home. It is easy to move around there. It offers and hides many sides. Getting them, you need to loose yourself and to make yourself surprise by contests that usually you suppose to be expected. I have more and more at heart the consideration about the landscape, that should be a priority for the mankind, before going to Mars.

DV – How do you manage integrating your teaching as a part of your research? What kind of effect does the current forced separation from social life have on your double life as a documentary filmmaker and as a teacher? And then by which forms and paths are you able to make cinema during this period of alone time?

MT – I teach in a primary school and I collaborate with the University of Padova in a course of “Landscape video-making”. I chose to work with children especially for the energy that they freely express, because they infect you with their passion. They give me the energy to pursue the values that I believe in. All this became fruitless during the digital teaching by distance. I had the same enthusiastic experience teaching young students in university, even when condensed in a shorter period of time. The variety of themes and approaches that emerges by their film projects is a precious window into contemporary reality. That’s why I hope to teach my courses in person during the springtime. This strange period has taken all of us, some more than others, to have unusual experiences that have changed the social contexts of where we are living. Thanks to the web I was able to complete the editing of a documentary promoted by the School for the Government of the Territory and the Landscape with a collegue, who lives far away from me. Otherwise I had the chance of watching films that were selected in festivals that generally I can’t enjoy in person. However this confluence of events and cultural products on the web and the fact that you can enjoy them only on home monitors, made me feel the need to think about a different kind of cinema that moves away from the fast rhythm of thousands of moving images, like the ones that invade the web; the need to further reduce images and sounds – editing down to the essential. Without hurry.

Thanks to Deborah Heifetz for language counselling. 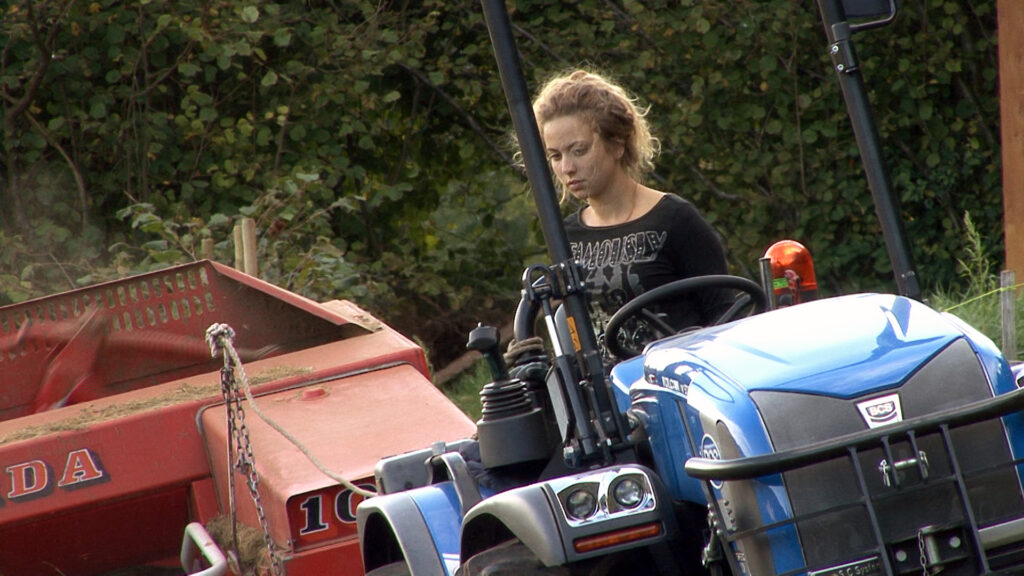