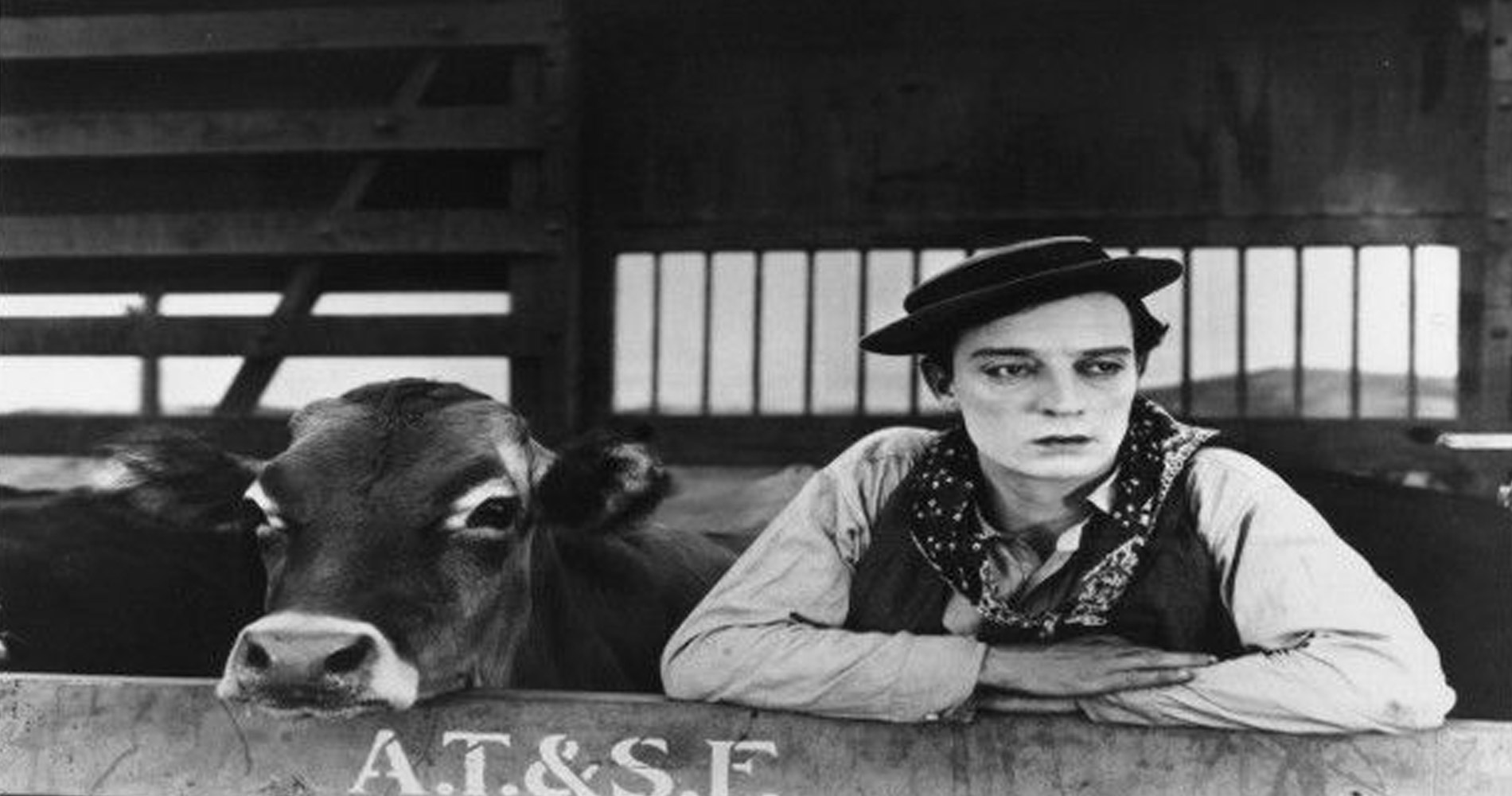 Buster Keaton: a great director, actor and comic, with his stone face, flat hat and his surreal and geometrical situations, underlining alienation from our world.

It is Keaton who goes West, under the name of Friendless, for he is indeed a real loner. He ends up in the middle of a desert too big for one so small, works on a ranch, meets a cow called Brown Eyes, and decides to pair up with her. A lyrical and anti-lyrical film, both calm and busy, depicting the loyal and affectionate relationship with the cow, Keaton going about milking (!), the herd wandering around Los Angeles (!), and other scenes bordering both on the absurd and the melancholic.

“Go West” is the film that Buster Keaton himself most loved out of those that he made.