Award-winning films from the 2012 edition! 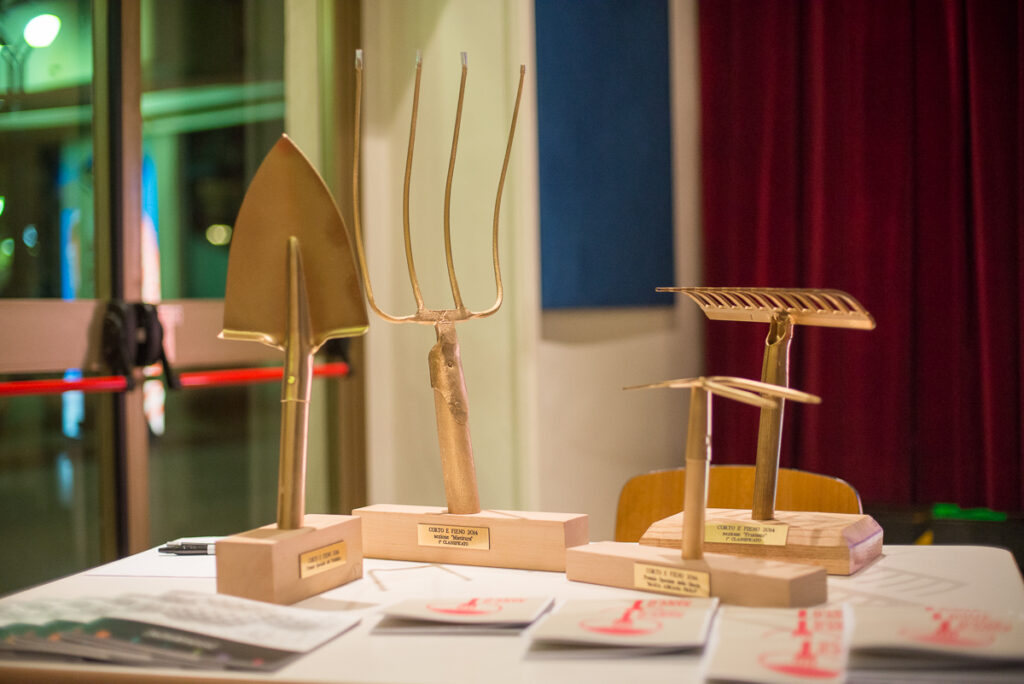 Corto e Fieno 2012 is over. So many wonderful films, such a large audience, and a scintillating atmosphere among bales of hay, cows, green meadows, courtyard showings, directors, laughter, reflection, debate, food, and drink.

Here is a little information about each of the winners from this year:

For the mid- and full-length film section MIETITURA (HARVEST), the golden pitchfork was awarded to the film IL RE DEL MOSTO (THE KING
OF MUST) by Giulia Graglia.

The “Forcone d’oro” (“Golden Pitchfork”) prize for the “Mietitura” (“Harvest”) competition was unanimously chosen to be awarded to the film “Il re
del mosto” (“The king of must”) by Giulia Graglia. With a good sense for appropriate rhythm, the author skillfully revived a legendary character
through summarization of documents and testimonials from various characters, some nearly as interesting as the protagonist himself.

For the short film section FRUTTETO (ORCHARD), the golden rake was awarded to the film SALUTI DA SAR PLANINA (GREETINGS FROM
SAR PLANINA) by Erik Fusco.

The “Rastrello d’oro” (“Golden Rake”) prize was unanimously chosen to be awarded to the film “Saluti da Sar Planina” (“Greetings from Sar Planina”) by Erik Fusco. From a formal point of view, the film accurately depicts its subjects, while its content also manages to communicate with bright optimism a message of great modern relevance.

The “Zappino d’oro” (“Golden Hoe”) prize was awarded to the film “Una trappola molto gustosa” (“An enjoyable ruse”) from the “Guido Comanedi”
primary school in Cisano sul Neva. The short film delighted viewers with a light, lively interpretation of the region’s history through the manual
labor and bright creativity of both students and educators

The judges’ special prize, dedicated to Maria Adriana Prolo, was awarded to the film TASTES LIKE CHICKEN? by Quico Meirelles.

Unanimously chosen for this award was the film “Tastes Like Chicken?” by Quico Meirelles, for the creative, visionary wisdom with which it confronts
the theme of mistreatment of animals through a metaphorical depiction of the human condition

The public’s prize, the golden spade, was awarded to the film LANGHE DOC by Paolo Casalis.