The winners of the 7th edition of Corto e Fieno 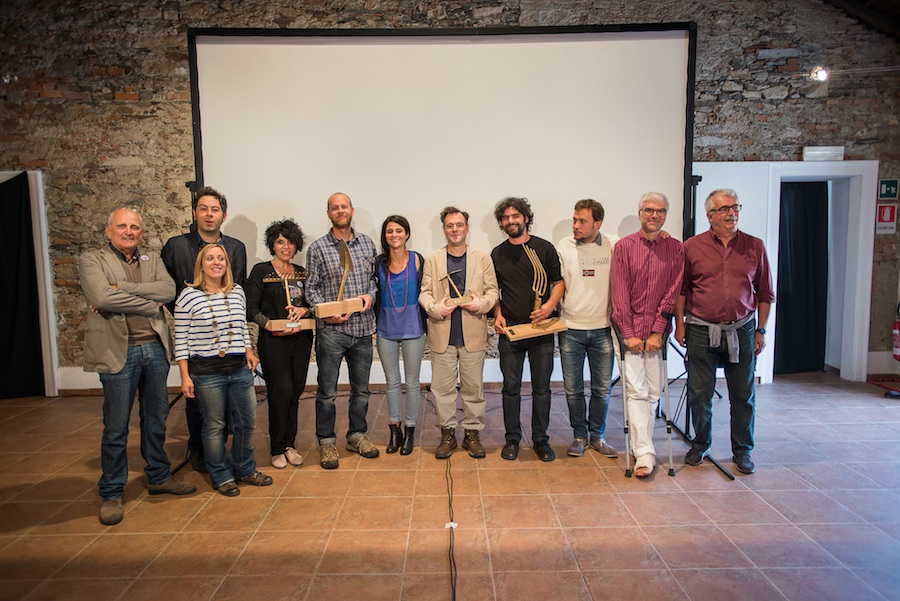 Over the last three days we have been traveling around the world and succeeded in composing a rural mosaic made of stories, people and different places. We travelled here and there thanks to the power of
cinema.

Corto e Fieno keeps growing: the audience keeps increasing as well as the number of films presented and the attention to our small festival that gives voice to the rural world, the land, the sea and their fruits.

MIETITURA (HARVESTING) Section – 1st Prize Golden Pitchfork
Su campi avversi, Andrea Fenoglio and Matteo Tortone, Italy 2015
The film is essential and intense. Through two different but related episodes, it gives the audience a glimpse on the reality of an invisible Italian province, hidden behind physical and mental fences: the one of migrants forced to survive in a limbo, and the one of a man living between real and imagined social and economic limits, struggling to carve out his place in the world.

FRUTTETO (ORCHARD) Section – 1st Prize Golden Rake
Wellington Jr., Cécile Paysant, France 2015
Filmed and set-up effectively as well as well-finished in every single detail with a great connection between technique, material and story, this animated film is a small fairy masterpiece on man’s relationship with nature and the art of growing up with courage.

SPECIAL JURY PRIZE “Maria Adriana Prolo” – Golden Hoe
La indiferencia del viento, Rubén Guzman, Argentina 2015
Depopulation, loneliness, marginalization, recur in rural-oriented movies. Here the director succeeds in pushing these issues beyond the documentation and takes us to the borders between reality and fiction, between life and dream. To the borders of Patagonia, in an “amenous” (pleasant) place.

Special mention to the short film “The Harvest” by Ross Bolidai, UK – Mozambique 2016 thanks to the ability to bring to light a little known reality, working on the symmetry of meanings and transforming a death sowing in a harvest of life.

Special mention to the short film “Le printemps” by Clélia Shaeffer, France 2015 for the sensitivity the author used to portray the story of a sentimental education in between Charlie Brown and Truffaut.

See you next year for our new harvest. From tomorrow we start sowing once again…