The winners of the 6th Edition of Corto e Fieno 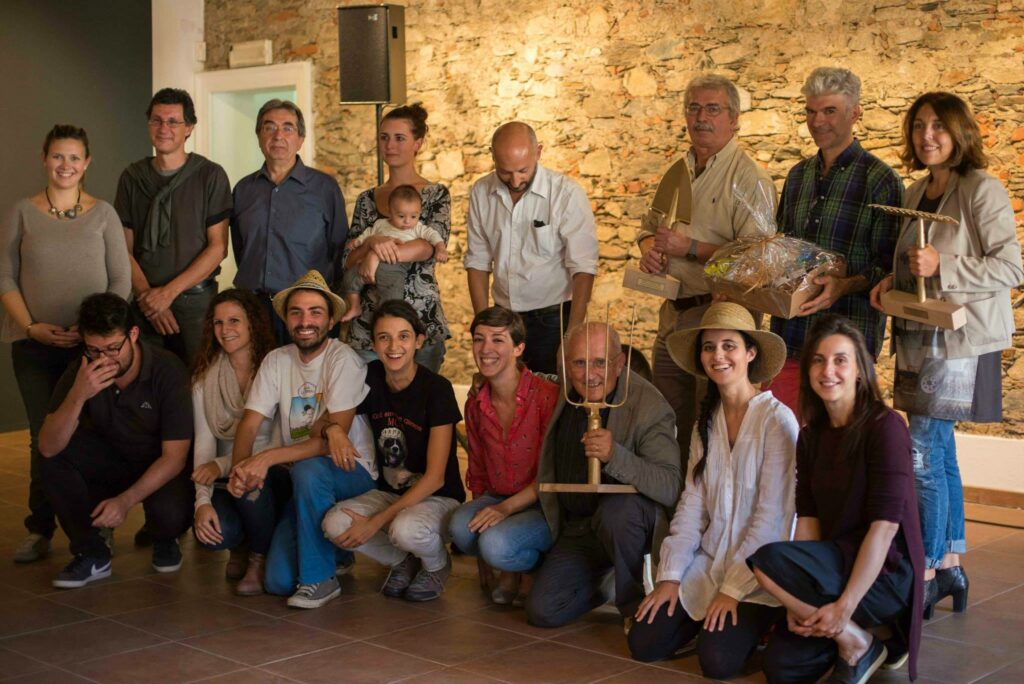 Ameno, Omegna, Miasino,
20 September 2015
After three intense and rural days, the sixth edition of Corto e Fieno has its winners.
A very large audience followed the new edition of the Festival, starting from the first night at Cinema Sociale in Omegna (which officially reopened with Corto e Fieno after more than one year of fundraising for the new projector), to the screenings at Museo Tornielli in Ameno which have been even doubled in two different rooms in order to have enough place for everyone.

This year the sparkling ruralès of the Festival – the gold pitchfork, rake, spade and hoe – was awarded by the jury, comprised of Nino Battaglia, Jacopo Chessa, Ilaria Feole, Raffaella Mantegazza and Joseph Péaquin.

The land is life, work and conflict. The gold pitchfork goes to “Striplife – Gaza in a Day” by Nicola Grignani, Alberto Mussolini, Luca Scaffidi, Valeria Testagrossa and Andrea Zambelli, for their capacity to enter into a difficult social and cultural reality, managing not to fall into the traps of contemporary communication’s stereotypes, but showing the daily life of a state of siege.

The Golden Rake goes to “Shepherd Service” by Zorica Petrovic for the ability to return the contradictions and conflicts of a territory through
the portrait, never aesthetic, of a real and authentic character. The jury wants to stand out the movie’s set-up, proceeding by subtraction and able
to reach a solid formal completeness.

The Golden Hoe goes to “The Right Way” by Emilio García Yebra for the light touch used to deal with issues affecting humanity, as well as the
irony and quality of the animation which is the result of a handmade and never conformist work.