The programme of the 9th edition of Corto e Fieno

The Rural Film Festival is back on September 21st, 22nd and 23rd 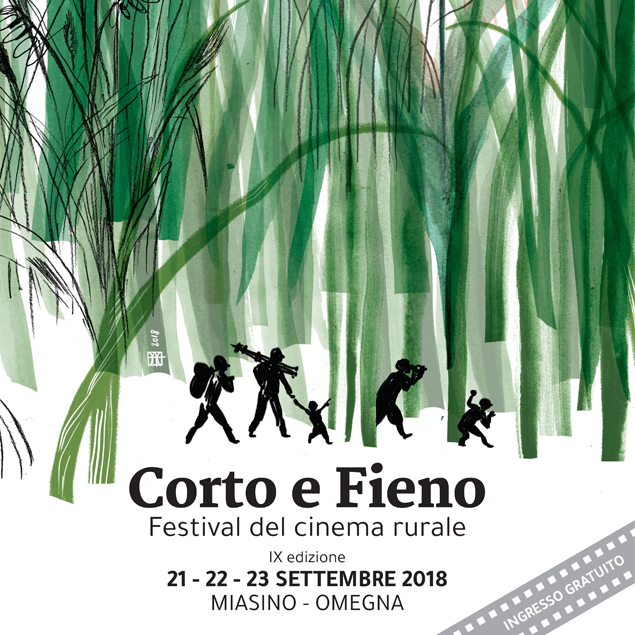 Why organizing over the past nine years an international film festival focused on rurality?
Because today more than ever it is important to return to the land, to stop and observe a rural world that exists, resists and continues not only to feed us, but also and above all to amaze us.

Born in 2010 from an idea of Asilo Bianco, Corto e Fieno is curated by Paola Fornara and Davide
Vanotti. The Festival got entries from 84 different countries. The short films selected are 45, many are coming from countries closed to Italy but many others come from very far away places such as Mozambique, Kenya, Taiwan, Malaysia, Japan and India. International premieres are scheduled, as well as many Italian premieres and Piedmontese premieres (and Piedmont is an important Italian region when talking about
cinema…).

Two are the sections in competition to conquer the “ruralés” of the Film Festival: Frutteto (Orchard), the international short films competition
(29 short films), and Germogli (Buds), the international children selection (14 short films). In addition, there are some out-of-competition
screenings, including a collaboration with the SDF Historical Archive presenting a brief selection of historical documents related to agricultural
machinery. Sempreverde (Evergreen) is the section dedicated to the classics of rural cinema and curated by Bruno Fornara, one of the selectors of the Venice Film Festival.

Corto e Fieno is a peasant festival and is also a festival designed to meet people and to tell each other new stories. The programme includes
breakfasts with directors, jurors and journalists, inaugurations, night parties, local markets, breakfasts on the grass, workshops, exhibitions and tastings. Saturday, September 22nd, the films will be screened in a cowshed (by reservation only *all info in the programme) thanks to the help and collaboration of a young and local producer.
Corto e Fieno’s screenings are all 100% free entrance (until we have available seats…!) and are held at Cinema Sociale in Omegna, at Villa Nigra
and at the Primary School in Miasino, and at Baragiooj Farm in Ameno.

The image of the 9th edition of Corto e Fieno is signed by the artist Daniele Catalli.
We are waiting for you on Lake Orta!