We stay rural. The 10th edition of Corto e Fieno is now over 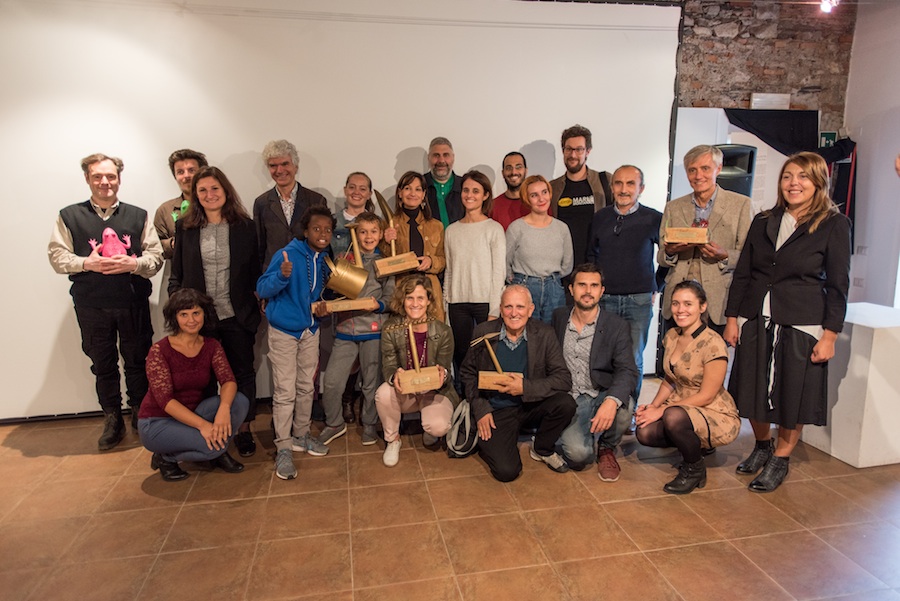 This year the harvest has been very rich. We presented many great films and had a lot of spectators all over the different locations of the Festival: the historical Cinema Teatro Sociale in Omegna, the sixteenth-century Villa Nigra in Miasino, Museo Tornielli in Ameno which was an ancient granary, and
Baragiooj Farm in Ameno which hosted our audience and screenings in its stable.

Every year Corto e Fieno is also a big party for us who organize it: the researches and work of months are finally shared and shown to the audience. It has been a special edition: Corto e Fieno is now 10 years old. And having this Festival running since 10 years is a great result. During the 10th edition we screened more or less 40 short films in competition in our sections “Frutteto” and “Germogli”. We had 1 European premiere, 14 Italian first visions and 21 Piedmontese first visions (and Piedmont is a region of Italy where very important film festivals takes place).

There are so many people to thank for their help. In our official catalogue on page 2 (you can download it HERE) you can read many names.
Everyone really deserves to be there.

The jury has worked hard and well. This is the ruralés 2019

Last but not least, the two calves at Baragiooj Farm in Ameno will be called Doroty and Frida.

Now let’s enjoy all the OFF and collateral events over the next weeks. We stay rural.
And we look forward to the 11th edition!