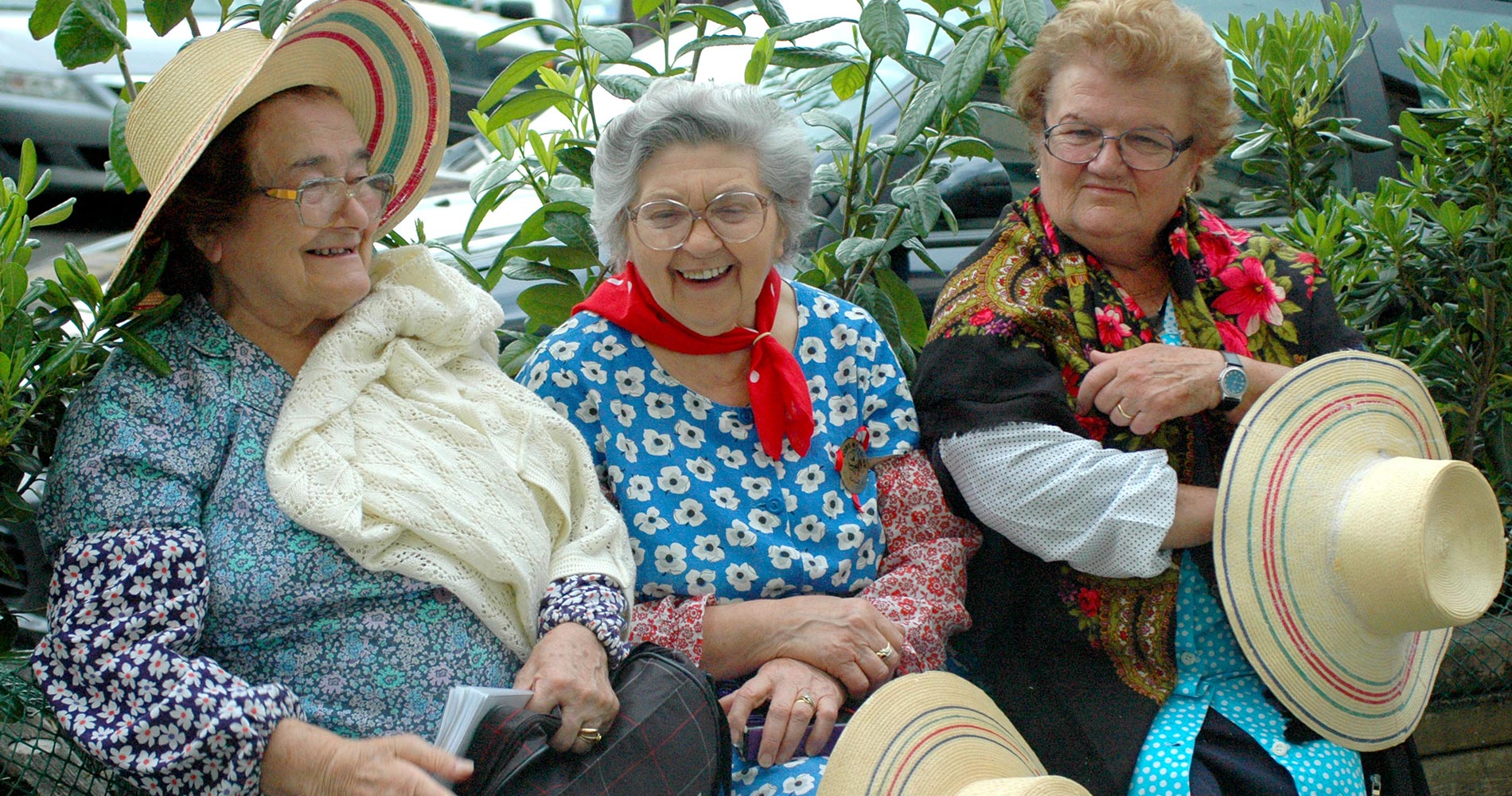 The chorus of paddy field workers from Novi di Modena and its women: eighty-year-old mothers who were once rice-weeders in rural Piedmont and partisans of the Resistance in Emilia, together with their daughters, seek to keep the tradition of paddy field songs about politics and struggle alive.

In collaboration with the music group Fiamma Fumana, the chorus of paddy field workers has been transformed into an electro-folk experiment that manages to touch and unite generations: the songs born in the paddy fields have been rearranged and revised, sung in the town squares, taken on tour all around Italy, and even taken across the sea to America. The film shows the importance of handing down the memories and traditions of these peasant songs that see work as a struggle for freedom. Everything revolves around the figure of the rice-weeders: terrifically courageous women that no person or difficult situation has ever managed to bend.

The end of the film is open to interpretation and the last frame shifts our attention to Vercelli’s paddy fields today. The new paddy field workers come from the Orient and have almond-shaped eyes…

Director Andrea Zambelli explains, «The most striking thing about these women is their journey: they spend the first years of their lives in an Italy devastated by Fascism and the war, and they begin to work at practically ten years old, in a completely miserable context. At thirteen they are forced to begin working in the paddy fields, and this backbreaking work continues until their sixties. Their youth and dreams are denied by this impossibly difficult context in which they have been forced to live. With the organization of the chorus, these women return to their rightful positions as main players in the second part of their lives. The chorus helps them to rediscover the value of socializing with other women and of collective action, each of which the life of the paddy worker taught them. The women now have the opportunity to fulfill ambitions and dreams perhaps more commonly associated with youth during their golden years. The paddy field, which denied them their adolescence, now returns to the workers a human and cultural heritage that they express through song in their shows, thereby transferring knowledge of this experience to the new generations thanks to a collaboration with a young rock bank that has used new musical techniques and styles to make the traditional song relevant and current today».

The film critic Bruno Fornara will introduce the event with a short lesson about the paddy field film. When the film ends, there will be dancing and partying to boogie woogie rhythms on the Gassman and Mangano tracks in Riso amaro (Bitter rice).

Andrea Zambelli was born in Bermano in 1975. He graduated from DAMS in Bologna after completing a thesis on low-cost production models in independent film. Since 2001, he has collaborated with different theater directors and Lab80Film in the Bergamo region. In 2003, he worked as an assistant director on the film Dopo mezzanotte (After midnight) with Davide Ferrario. They continued to collaborate, and in 2005 he shot the part of the film La strada di Levi (Levi’s street) that took place in Moldavia. His most important film, Di madre in figlia (From mother to daughter) (2008), was the only Italian documentary selected at the Toronto International Film Festival in 2008.