A shepherd, an artisanal pasta maker, a winemaker. Three people, three heretics because they think and act differently, three histories to describe one region, the Langhe, and the ways in which it has been transformed. In the background, the degradation of our country, the Italy of barns, according to the Giorgio Bocca film definition. Stories from Maria Teresa Mascarello, Silvio Pistone, and Mauro Musso tell of those who have glimpsed an undesirable future and refused it. Small challenges in which it is nevertheless possible to imagine a broader dimension. Open challenges, not all of which have been met; and maybe they never will be: they move in one direction and the world moves in another, always opposite one another.

The young director Paolo Casalis explains, «Without a true script to follow, I added elements from the landscape and events in the lives of my “heroes”. We created only partial portraits of the main characters just as, with our depiction of the landscape, it was impossible to include every single detail of the Langhe region. This way of presenting people and places works for the subject matter because “heretics”, by definition, don’t play by the book; they deviate from the dominant way of thinking in favor of choices made via trial and error, breaking away in their unique, brave, and even reckless way. For once, I hope that this group finds what they are looking for».

Paolo Casalis was born in Bra (CN) in 1976. He graduated from the Politecnico di Torino (Polytechnic University in Torino) in 2001 with a degree in architecture after completing a thesis on sustainable architecture and the relationship between the construction industry and sustainability. Together with Stefano Scarafia, Casalis directed the full-length documentary film Il Corridore (The Runner) (2010), which received a special mention at the Marcarolo Film Festival and competed at the BCNSFF2010 (Barcelona International Ficts Festival). In 2009, he and Stefano Scarafia collaborated on the documentary Gente di Terra Madre (Mother Earth’s People), which was presented at the Cinemambiente festival in Torino and the Slow Food on Film festival in Bologna, where it was distributed enclosed in Carlo Petrini’s book Terra madre, come non farci mangiare dal cibo (Mother Earth, how to not forse us to eat your food). He has collaborated with the Bracinetica association since 2009. Within the scope of the Giovani Sguardi sul Territorio (Young People Look out over the Region) project, he directed the short films La casa del Santo (The Saint’s House) (2009), Supereroi (Superheroes) (2010), and T540 (da cortile a cortile) (from courtyard to courtyard) (2010). These films, which he created together with high school students from the Bra region, were presented at the Festival Corto (Short Festival) in Bra. 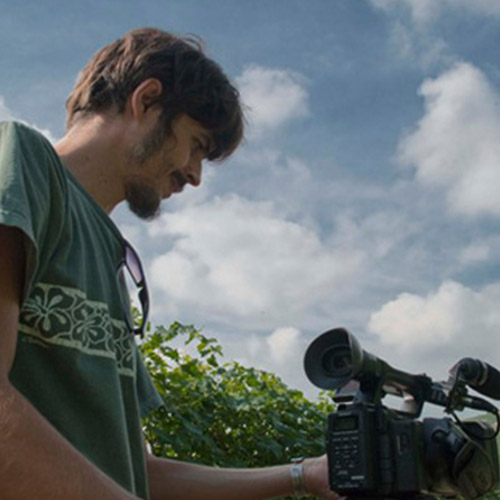