The Borana, a group of semi-nomadic shepherds, live in the arid expanses of Oromia in southern Ethiopia. Their minimal water reserves are overseen by a community organization that guarantees free access to all.

There is an unwritten law among well management that nobody is allowed to block the entrance. In this remote region of the world, water becomes a symbol of unity and peace between different ethnic groups between which there is always some conflict. During the drought, the Borana shepherds congregate around their age-old “singing wells”, which are dug by hand in the rock.

These shepherds and their animals survive thanks to their voluntary work. The youngest shepherds create long human chains to bring the water from the well to above-ground basins. They work at a fast pace and the transitions are all synchronized. The film follows their struggle to survive, describing a unique equitable water management system.

Paolo Barberi was born in Ravenna in 1968. He is an anthropological filmmaker and teaches cultural anthropology at the Università La Sapienza in Rome.

Riccardo Russo was born in Naples in 1974. He is a geographer and filmmaker, an expert in communication and development. He spends his time researching in the socio-environmental field and collaborates with various universities. 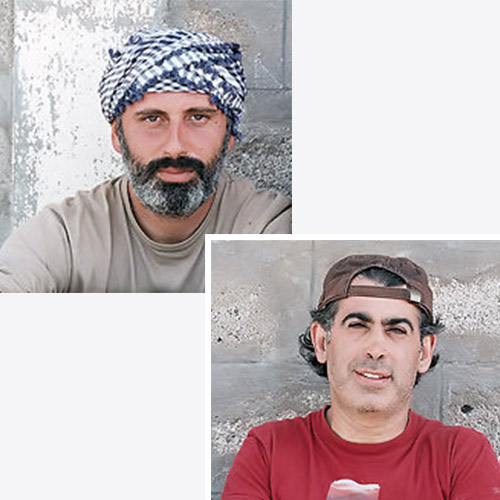