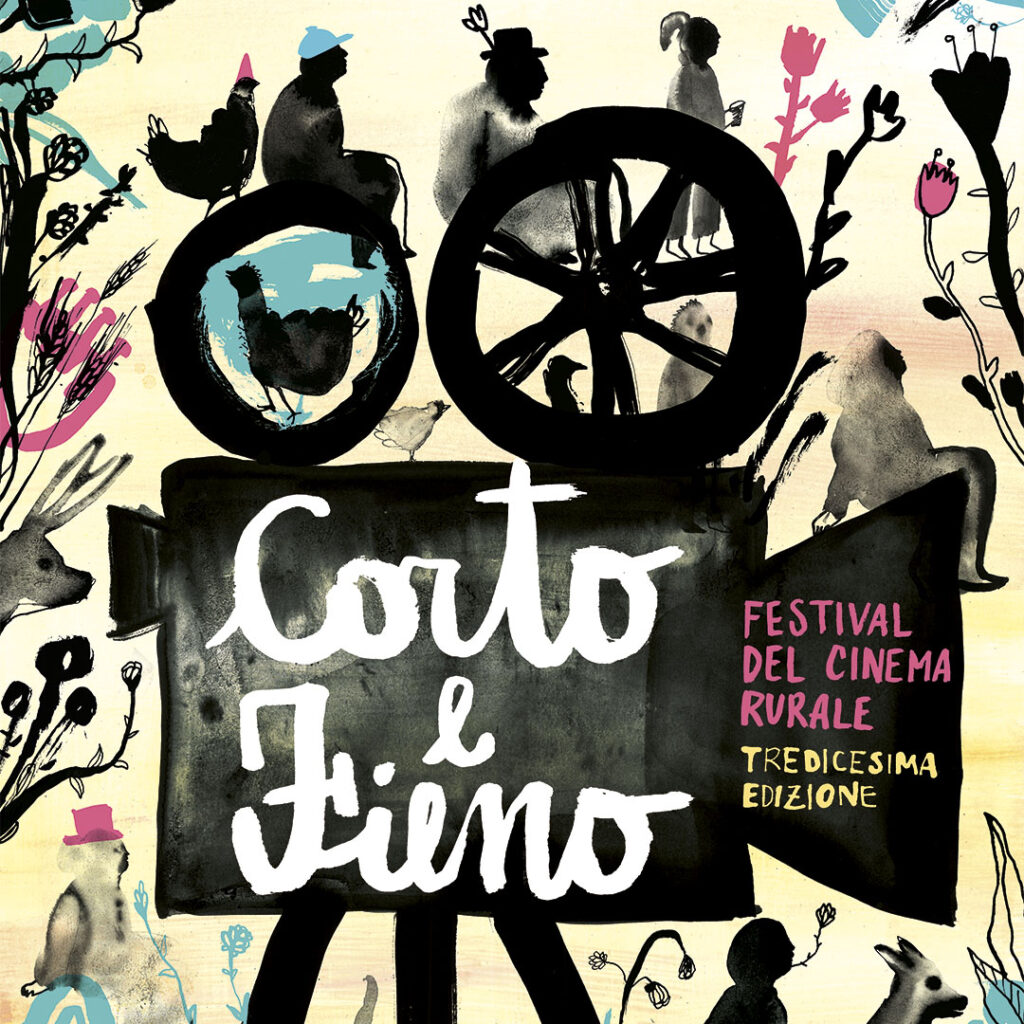 Corto e Fieno, the International Rural Film Festival in Lake Orta, between Novara and Verbania, in Piedmont, is back. Three municipalities are involved: Ameno, Miasino and Omegna, between cinemas, ancient barns and historic villas, on 7th, 8th and 9th of October.

Thirty-five films from all over the world are scheduled, with many Italian and Piedmontese premieres. This year they will travel to Russia, China, Turkey, Spain, Italy, France, Senegal, Belgium, Germany, Great Britain, Switzerland, Estonia, the USA, Cambodia, Portugal, Palestine and Lebanon.

Always an independent and research festival, Corto e Fieno is now in its thirteenth edition. It is the only one film festival in Italy entirely dedicated to the rural world, with screenings and meetings dedicated to cinema that looks at the land, its fruits and those who care for it.

There are two competitive sections, Frutteto (Orchard), an international short film competition, and Germogli – Disegnare il cinema (Buds – Drawing Cinema), an international competition for animations and animated shorts. In addition, there will be special screenings in the feature film section Mietitura (Reaping) with Alcarràs – The Last Harvest, by Catalan director Carla Simón, Golden Bear at the last Berlin Film Festival (a film that marks the pre-opening of the festival on Thursday 6th October, in collaboration with Cineforum ArciFic of Omegna), and First Cow, by American director Kelly Reichardt, best film 2021 in the Cahiers du cinéma classification. There will also be a lecture by film critic Bruno Fornara, who will explore a great film from the history of cinema linked to the rural world for the Sempreverde (Evergreen) section.

Corto e Fieno was born in 2010 from an idea of the Asilo Bianco with the artistic direction of Paola Fornara and Davide Vanotti. In the rural atmosphere of Lake of Orta, screenings take turn with meetings with small local producers and directors of the films in competition. Two exhibitions can be visited at the Museo Tornielli in Ameno.
SAME nel mondo (SAME in the World), curated by the SDF Historical Archive, which traces the essential stages in the history of SAME tractors and their expansion into markets around the world. And the photographic itinerary Nel cuore del Wakhan, la bellezza dell’Afghanistan (In the heart of Wakhan, the beauty of Afghanistan) by Robertino Radovix, curated by Elena Radovix, a travel reportage in the Wakhan  corridor, among the peaks of the Pamir, “the roof of the world”. Also in Ameno, on Sunday 9
October, there will be a local agricultural and rural market, with games and workshops for young and old.

The 2022 poster is signed by the illustrator Lisa Gelli who, to design it, imagined an entire community that gathers around the film projection and shares a moment of knowledge, amazement and dreams, immersed in the smell of freshly cut hay.

To become a volunteer during the festival days: asilobianco@gmail.com or 3315910271